10 TV Shows that will help you Learn British English

If you want to learn British English, but you’re fed up of reading, writing and speaking all the time, relax in the evening with one of these classic British TV shows. Watching TV shows, films, listening to the radio or podcasts are great ways to incorporate English into your everyday schedule without over-exerting yourself. Keep reading to find out about our recommended TV shows to learn British English, each of them with a varied audience, genre and content so there’s something to suit everyone! 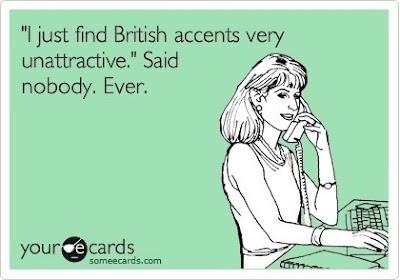 If you are a fan of history, vintage fashion and Received Pronunciation English, then you will love Downton Abbey. It’s a period drama, set in a large country estate between the years 1912 – 1925, so you can imagine how much drama and how many historical events are covered. Perfect for anyone who wants to perfect their RP accent, with some old-fashioned idioms and vocabulary too. Downton Abbey is also useful as an insight to British heritage and culture, namely table etiquette!

On the other end of the spectrum, we have Only Fools and Horses – a British sitcom set in Peckham in South East London, following the story of an ambitious market trader (Derek ‘Del Boy’ Trotter), his younger brother (Rodney) and their granddad (later replaced by their Uncle Albert). Probably a more accurate representation of British culture, Only Fools and Horses celebrates the charm of slightly skew-whiff characters and indulges whole-heartedly in British humor. Also perfect for anyone working on their Cockney Rhyming slang!

Have I Got News for You is a British panel show about current affairs The show is known and widely appreciated for its satire, with many controversial opinions and what could be considered inside jokes among presenters. The show also has guest presenters who are often comedians but sometimes politicians, chefs, actors and musicians. Ideal to learn British English while learning about a variety of topics!

Here’s one for the children… Blue Peter is the longest-running children’s television program in the world. Blue Peter is considered educational as it teaches children about animals, nature, books, other countries and charity. Children are also encouraged to follow along with arts and crafts segments on the show as well as some baking and gardening. The show has had many presenters, usually two men and two women at a time, as well as many pets. Many of the Blue Peter presenters are ethnically diverse, further encouraging tolerance and understanding of others from a young age. This is a must watch for any parent who wants their children to learn British English.

Peep Show is a British sitcom following the lives of two friends sharing a flat in Croydon, London. Both characters are quite different personalities, and the show often utilizes point of view shots where you can see the story unfold as if you are the character. Peep Show is known for quite dark humor, as well as swearing and slang, so it’s perhaps not the best to watch with children around. Enjoy for a range of London accents and idioms!

Blackadder is a series of comedy sitcoms where each one is set in a different historical period throughout history. Each series follows the story of Edmund Blackadder (played by Rowan Atkinson) and implies that each character is a descendant of the one in a previous series. Blackadder is an unfortunate character, who remains cynical and selfish throughout the series’ whereas his sidekick, Baldrick (played by Tony Robinson) remains dim and dirty throughout, despite his “master” improving. Blackadder is another great example of British humor, with Blackadder himself seemingly enforcing a crude British stereotype, but is great for any history fans.

Father Ted might not be so useful for working on your English accent but everyone agrees Irish ones sound nicer! Father Ted is set on a fictional island off Ireland’s west coast with a group of priests who have been exiled for previous mistakes they have made. It’s a comedy, and it’s perfect for challenging yourself if you find Irish accents quite difficult to understand.

Eastenders is a British soap opera, set in East London in the fictional London borough of Walford. Each episode follows multiple, intertwined stories of the locals, who fulfil classic East End gangster stereotypes while, quite realistically, representing a multicultural and dynamic environment typical of East London. The series is full of drama (like most soap operas), colloquialisms, slang and a fairly accurate insight to the lives of East End Londoners or perhaps working class British people, but that is up for debate!

QI or ‘Quite Interesting’ is a British panel show where contestants should gain points by either answering extremely obscure questions correctly or by giving such an interesting (albeit wrong) answer to a question. Contestants vary except for comedian, Alan Davies, and the host, Stephen Fry, who will soon be replaced by Sandi Toksvig. QI is great for anyone who likes comedy, trivia and discussion and is a fun way to learn British English in an engaging manner.

Doctor Who is one of the longest running British sitcoms. It is another perfect one for both children and adults, following the adventures of a Time Lord (the Doctor) who encounters aliens, robots and all kinds of things along the way. The Doctor is accompanied by a companion, who changes each series, as he tries to save different civilizations from evil.